Carlos Lopes is the former Executive Secretary of the Economic Commission for Africa (ECA) at the level of United Nations (UN) Under Secretary-General.

The mandate of the ECA is to promote the economic and social development of its member states, foster intra-regional integration, and promote international cooperation for Africa's development. He led the organization from 2012 until 2016.

Carlos Lopes is also Visiting Professor in the Graduate School of Development & Policy Practice (GSDPP) at the University of Cape Town (UCT) in South Africa. He is a visiting fellow at Oxford Martin School, University of Oxford, United Kingdom, and serves the Global Commission on Economy & Climate and the steering group to assist African Union reform. His research and writing on development issues specializes in development and strategic planning.

Following service in the public sector of his native Guinea-Bissau in areas of research, diplomacy and planning, he joined the UNDP as a development economist in 1988. While at UNDP, he occupied various positions, including Deputy Director at the Office of Evaluation & Strategic Planning, Resident Representative in Zimbabwe, as well as Deputy, and later Director of the New York-based Bureau for Development Policy.

He received his PhD in history from the Panthéon-Sorbonne University in Paris and holds a Master of Research from the Geneva Graduate Institute of International & Development Studies.

He has authored or edited 22 books and taught at universities and academic institutions in Lisbon and Coimbra, Portugal; Zurich, Switzerland; Uppsala, Sweden; Mexico City, Mexico; and São Paulo and Rio de Janeiro, Brazil.

Carlos Lopes was a keynote speaker at the 5th International Forum for Sustainable Construction dedicated to “Infrastructure Space” held April 7-9, 2016 in Detroit, USA. 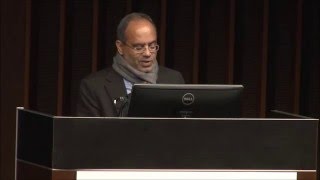