Jonathan Ledgard is Director of Rossums, a new studio that seeks to identify technology opportunities for poorer communities.

Jonathan Ledgard was Director of the Future Africa Initiative at the Swiss Federal Institute of Technology (École Polytechnique Fédérale de Lausanne, EPFL) until 2016.

Since 2012, he has led a consortium of leading roboticists, architects, and logisticians that seeks to build the first Droneport in the world in Africa in 2016.

Jonathan Ledgard is a leading thinker on advanced technology, risk, and nature in emerging economies. He spent two decades as an award-winning frontline foreign correspondent for The Economist, reporting lead stories from over 50 countries and several wars – for the last decade was Africa correspondent.

He has advised to board and head of state level on the near future at the Steering Committee for Humanitarian Response, ICRC, Global Humanitarian Labs, WeRobotics, Robohub, African Development Bank, COP 21, European Commission, Governments of Ethiopia, Seychelles, Somalia, Uganda, Rwanda, Tanzania, Kenya, and companies such as Google, IBM, WEF, Lombard Odier and Diageo.

He has written two novels: Giraffe (Penguin, 2007) and Submergence (Random House, 2012) and a book of essays, Terra Firma (FSG, 2015). Submergence was a New York Times Book of the Year and is presently being adapted into a feature length Hollywood movie.

Jonathan Ledgard was a panelist at the concluding discussion of the 15th International Architectural Biennale, “Sustainability vs Security”, on November 25, 2016. The panel discussed how growing security concerns add complexity to the challenges to which architecture must respond. 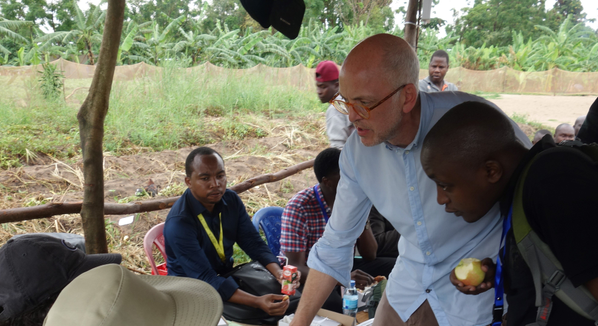 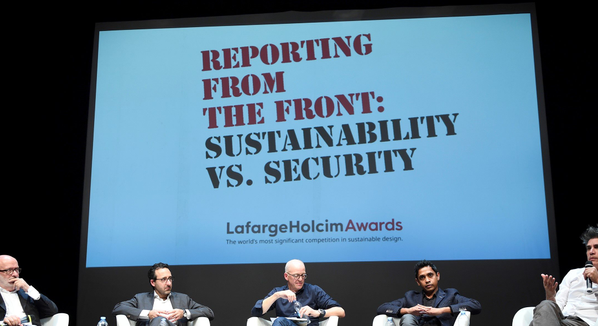 How can people care about sustainability, when they have no security? 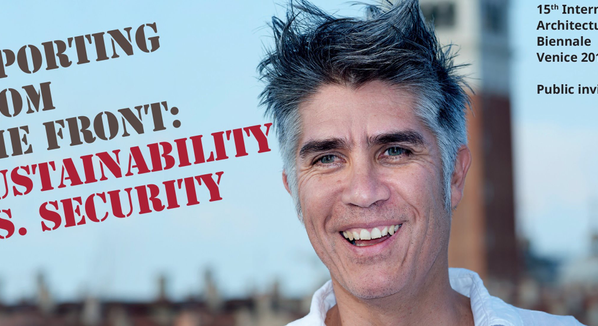 Reporting from the Front: Sustainability vs. Security 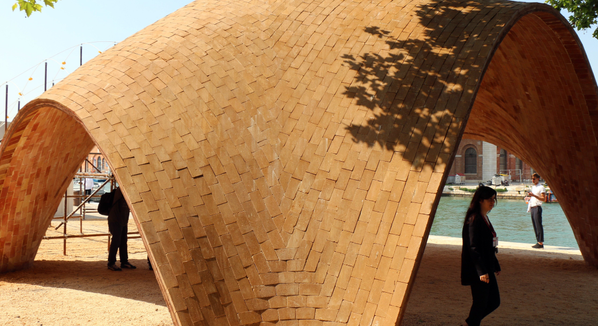 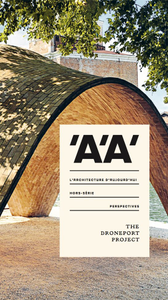