Michel Rojkind is Design Principal & Founder of Rojkind Arquitectos based in Mexico City, and was a member of the LafargeHolcim Awards jury for Latin America in 2011.

Michel Rojkind is Design Principal and Founder of Rojkind Arquitectos based in Mexico City.

The firm was established to explore new challenges that address contemporary society, to design compelling experiences that go beyond mere functionality, and to connect the intricacies of each project at a deeper level. Architectural Record recognized Rojkind Arquitectos as one of the ten leading “Design Vanguard” firms in 2005.

Michael Rojkind studied architecture and urban planning at the Universidad Iberoamericana (IBERO) in Mexico City (1989-1994). He spent over a decade as a drummer in pop-rock band Aleks Syntek y La Gente Normal, an experience he credits with sparking his interest in architecture. After working independently for several years, he established Adria+Broid+Rojkind (1998-2002) with Isaac Broid and Miquel Adria. His work seeks new directions in architectural practice by evoking common identities through the exploration of uncharted geometries that address questions of space, function, technology, materials, structure, and construction methods related directly to geography, climate and local urban experiences.

The completed works of Rojkind Arquitectos include: Foro Boca, home of the Boca del Rio Philharmonic Orchestra, Mexico (2017); Falcón II Headquarters, a transparent box full of natural light and undisturbed garden views in Mexico City (2003 & 2014); Liverpool Interlomas department store with a sleek stainless steel machine-like exterior that transforms into a dynamic form accented by light at night in Huixquilucan, Mexico (2011); and Nestlé Chocolate Museum, an urban-scale toy that invites us on an emotional tour and gives free rein to exuberant creativity in Toluca de Lerdo, Mexico (2007).

With Arturo Ortiz Struck, Derek Dellekamp and Tatiana Bilbao, Michel Rojkind established MXDF Urban Research Center (2004). The aim of the non-profit organization is to intervene in specific areas of the urban development, modifying the production of urban space in Mexico through the systematic study of social, political, environmental, global and cultural conditions. He has been a jury member at World Architecture News (WAN), World Architecture Festival (WAF), and the “Self Sufficient City” competition of the Institute for Advanced Architecture of Catalonia (IAAC).

He has been a visiting professor at the Southern California Institute of Architecture (SCI-Arc) in Los Angeles, USA; at the Institute for Advanced Architecture of Catalonia (IACC) in Barcelona, Spain; and at University of Pennsylvania, PennDesign (UPenn) in Philadelphia, USA.

In 2010, Michel Rojkind was named as one of the “Country’s Treasured Architects” by the Mexican Civil Registry; he was named among the “Face to Watch in 2010” by the Los Angeles Times; and he was selected by the Architectural League of New York as one of the “Emerging Voices”. In 2011, he was named by Wallpaper* magazine as one of the “150 Movers, Shakers and Makers that have Rocked the World in the Last 15 Years”; and Forbes magazine named him “one of the most influential architects of contemporary Mexican scene” in 2013. 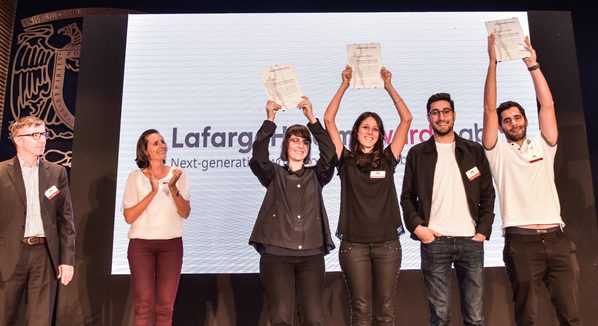