Standing the test of time

The first Holcim Building Better Recognition Middle East Africa goes to Kéré Architecture, Berlin, Germany, for “Secondary school with passive ventilation system,” a project that earned the Global Holcim Awards Gold 2012. The jury was impressed by its “beauty and innovative architectural concept and example for new sustainable construction from a materials and technology perspective.” Today, the secondary school is reality for hundreds of children and standing the test of time.

Many of the projects that receive a prize in the Holcim Awards competition ultimately end up being constructed or produced – over half of the prize-winning projects from the four previous competition cycles have been or will be built in the near future. This fact is underscored by the Holcim Building Better Recognition, which is being awarded for the first time in 2017.

The Building Better Recognition honors a prize-winning project from a previous competition cycle that is a particularly successful example of sustainable construction, has been built and delivers ongoing and tangible benefits to the community.

In Middle East Africa, this accolade went to Francis Kéré from Kéré Architecture based in Berlin, Germany for his school building in Burkina Faso, which won the Global Holcim Award Gold in 2012. The jury was impressed by the project’s “beauty and innovative architectural concept and example for new sustainable construction from a materials and technology perspective.” Today, the secondary school is reality for hundreds of children and standing the test of time. 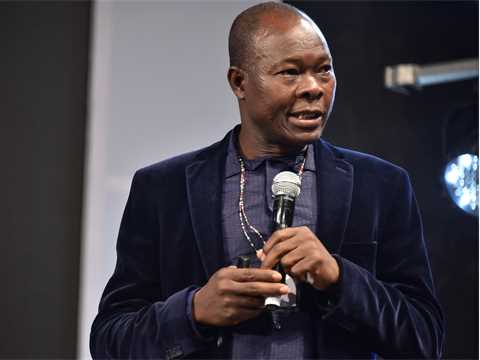 In his motivating and candid keynote speech at the Awards ceremony in Nairobi, Francis Kéré affirmed that sustainable construction requires an attitude that goes well beyond design and makes a difference for future generations.

Local clay is mixed with aggregates and cement to cast walls on-site based on a two-piece formwork. The project provides more than just a testament to the potential of locally-sourced materials. Built by the community, the construction process is considered to be an important part of the transfer of knowledge, whereby locals acquire new building skills that can be reused and taught. Winners of the Holcim Awards 2017 for Middle East Africa

Local solutions to enhance the quality of life