Yoshiharu Tsukamoto is Principal of Atelier Bow-Wow and is also Professor in the Graduate School of Architecture & Building Engineering at Tokyo Institute of Technology, Japan.

Yoshiharu Tsukamoto (塚本由晴) is Principal of Atelier Bow-Wow based in Tokyo.

He is also Professor in the Graduate School of Architecture & Building Engineering at Tokyo Institute of Technology.

Yoshiharu Tsukamoto established Atelier Bow-Wow with wife Momoyo Kaijima in 1992. The firm creates domestic and cultural architecture and researches the urban conditions of micro and ad hoc architecture. Their most recent studies also investigate rural and traditional constructions in the context of their cultural and geographical environments.

Atelier Bow-Wow has created over 40 residential houses, public buildings and numerous installations, in addition to a substantial body of urban design studies and theoretical essays including “Behaviorology”, “Made in Tokyo”, and “Echo of Space/Space of Echo”.

The firm has also championed the experimental project “Micro-Public-Space,” which has been exhibited across the globe. The pair has published 11 books, including the Pet Architecture Guidebook, which documents small buildings situated in tiny locations all over Tokyo.

He was the architect for the BMW Guggenheim Lab in New York, Berlin, and Mumbai.

Yoshiharu Tsukamoto was a workshop expert on windows at the 5th International Forum for Sustainable Construction dedicated to “Infrastructure Space” held April 7-9, 2016 in Detroit, USA. 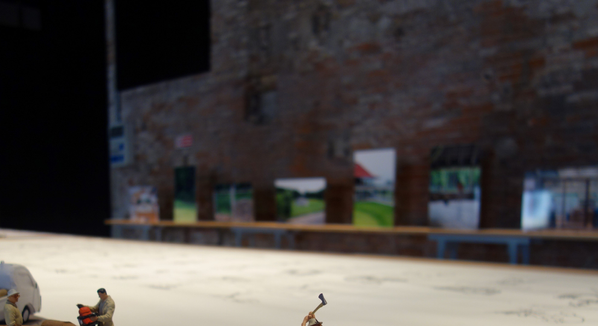