Adèle Naudé Santos is the former Professor of Architecture and Urban Studies & Planning at the Massachusetts Institute of Technology (MIT), and is principal architect in the San Francisco-based firm, Santos Prescott and Associates.

Adèle Naudé Santos was Dean of the School of Architecture & Planning for ten years until June 2014, and is an architect and urban designer whose career combines professional practice, research, and teaching.

Her academic career includes professorships within the graduate programs of UC Berkeley, Harvard, Rice University, and the University of Pennsylvania, where she also served as Chairman of the Department of Architecture. She was appointed Dean of the School of Architecture & Planning at MIT in 2004.

She was also the founding Dean of the new School of Architecture at the University of California, San Diego and has had numerous visiting appointments throughout the United States and the world, including Italy and in her native South Africa.

In parallel to her academic career, Adèle Naudé Santos has maintained her own architecture studio: Santos Prescott & Associates. The firm, which has won numerous awards, has built work in California, Pennsylvania, and Boston — as well as in Japan, China, and Guatemala. Her earliest projects, built in South Africa, Swaziland and Botswana, included affordable and luxury housing as well as institutional buildings with very low budgets. Her later projects include the Institute of Contemporary Art in Philadelphia; the Center for the Arts at Albright College, Reading, PA; and the Yerba Buena Gardens Children’s Center in San Francisco.

In 1996, she was awarded an Honorary Fellowship from the American Institute of Architects (AIA), and has won numerous competitions for projects including the Perris Civic Center, CA; three facilities at Arts Park, CA; the Affordable Prototypical Multi-Family Housing for Franklin/La Brea in Los Angeles; and the Penn Children’s Center, PA.

She won a Holcim Awards Acknowledgement prize in region Latin America in 2017 for “Affordable housing neighborhood with integrated workspaces” in Cartagena, Colombia. This neighborhood design integrates workspace to enhance the potential livelihood of a vulnerable, displaced population. Homes are grouped to encourage community building and social interaction within an urban plan designed to maximize shading. 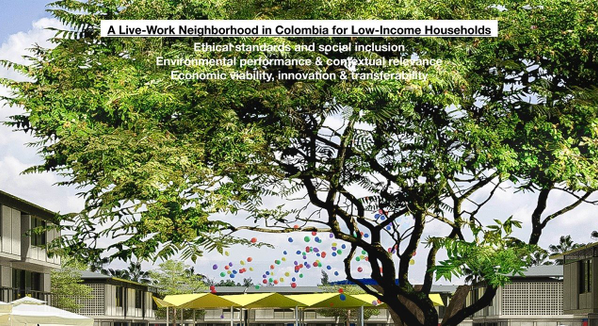