He studied at the Art College in Milan and University Institute of Architecture in Venice.

He worked for Le Corbusier and Louis I. Kahn in Venice in the late 1960s and his professional activity began in 1970 in Lugano.

In 1996, he was one of the founding professors of the Academy of Architecture at the University of Lugano (Università della Svizzera italiana – USI) in Mendrisio, Switzerland where he is Professor of Design (1996-), and held Directorship of the academy (2002/03).

His work has received the AIA Merit Award for Excellence in Design for the Museum of Modern Art in San Francisco; the IAA Annual Prix 2005 of the International Academy of Architecture, Sofia, Bulgaria for the Kyobo Tower, the International Architecture Award, Chicago Athenaeum Museum of Architecture and Design and “European Union Prize for Cultural Heritage Europa Nostra”, The Hague, Netherlands, for restructuring of the Theatre alla Scala in Milan.

Mario Botta was a member of the Global LafargeHolcim Awards jury in 2012.

Today, everyone in Berlin is focused on the improbable reconstruction of the “Schloss”, the former palace of the Hohenzollern sovereigns. However, another project unfolding at its feet – less spectacular but altogether more avant-garde –… 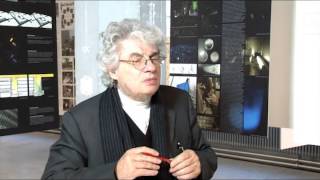