Sustainable construction in Asia Pacific also means building for the community. This was clearly shown by the projects that won prizes in the regional Holcim Awards presented in Kuala Lumpur, Malaysia. The three main Awards winning projects deal with buildings for education – involving the community and sustainably improving neighborhoods.

Sustainable construction in Asia Pacific also means building for the community. This was clearly shown by the projects that won prizes in the regional Holcim Awards presented in Kuala Lumpur, Malaysia. The three main Awards winning projects deal with buildings for education – involving the community and sustainably improving neighborhoods.

The Holcim Awards is about more than just beautiful buildings. It stands out as the world’s most significant competition for sustainable design. The criteria of the USD 2 million Awards are as challenging as the goal of sustainability itself. The competition seeks projects at an advanced stage of design, not finished works. It acknowledges designs that go beyond current standards, showcase sustainable responses to technological, environmental, socioeconomic, and cultural issues affecting contemporary construction, and deliver truly visionary solutions to the way we build.

The first phase of the Holcim Awards competition takes place in five regions, leading to a global phase for the regional winners. The Asia Pacific competition region is particularly diverse in terms of cultures, countries, and climates. This was perfectly reflected in the more than 1,100 projects submitted. Jury member Marc Angélil, Professor of Architecture and Design at the Swiss Federal Institute of Technology (ETH Zurich), noted how the “target issues” for sustainable construction, set forth by the Holcim Foundation and its affiliated universities, allow diverse projects to be compared and ranked. These “target issues” define the principles of sustainability in a holistic way, independent to the type of project or its scale. Marc Angélil also noted the high quality of submissions: “Sustainability has become comprehensive, systematic and specific – you have to deliver a truly special entry to stand out!” 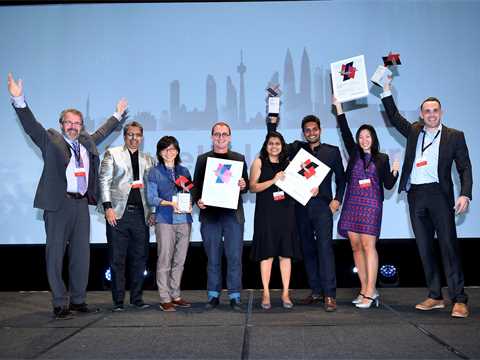 atArchitecture from Mumbai, India, plans to replace an unacceptably deficient shelter for marginalized children in Thane, a city in western India. With a well-developed building concept and a clearly evident child-friendly design, the architects embrace both architectural and social sustainability. The center also accommodates community activities for senior citizens, for women’s development training, and a crèche. “The proposal goes beyond social sustainability to include passive building technology, innovative design measures, and a viable economic model,” praised the jury.

The promotion and dissemination of knowledge is a recurring theme in the Holcim Awards – and is reiterated within the project by SHAU from Bandung, Indonesia. Their pavilion in a park is as minimalistic as it is well conceived – providing not only a public library, but also storage facilities, public toilets, and a prayer room. “The project is open on all sides to the park surrounding it, inviting the community to enter and explore; it constructs a territorial landmark reinforcing literacy and defining community,” said the jury.

WOHA from Singapore aims to introduce buildings and open space on remediated swamp land in Dhaka, Bangladesh. They designed a university building that floats on a pond – and the overall design supports the cleaning of the pond. With vertical garden facades, photovoltaic panels, and controlled ventilation, this project could become a benchmark for sustainability in the Asia Pacific region. “Sustainability is deeply integrated into the building design, from thermal zoning to significant reductions in the use of energy and water,” stated the jury.

Acknowledgement prizes: For the benefit of communities

In the regional Holcim Awards, four projects in each region receive an Acknowledgement prize. pppooolll architects from Jakarta, Indonesia, plan to promote organic agriculture in rural Java with a training center for young farmers. A team from Tsinghua University and the Beijing University of Civil Engineering & Architecture in China proposes strategies for improving a historic district in Beijing with the support of local residents. A team from the Massachusetts Institute of Technology in Cambridge, MA, USA, has designed an earthquake-resistant multifunctional building for water storage and flexible public use in Thecho, Nepal. Furthermore, Bangkok Project Studio from Thailand suggests a community hub in Rayong, Thailand, that multiplies the opportunities for cultural and community activities in the village. 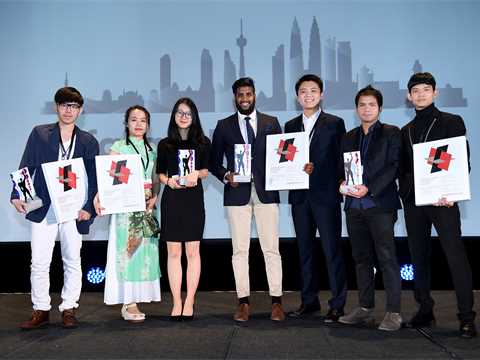 Four prizes were awarded in the increasingly popular Next Generation category for students and professionals up to 30 years. This category seeks visionary projects and bold ideas, and gives young professionals public exposure and a platform to gain recognition. The first of four Next Generation prizes in the region went to Mengyuan Zhu from China. She developed a model for transforming and revitalizing the village of Guming near Nanjing. The second prize went to Vedhant Maharaj from South Africa. He designed a culturally sensitive water-treatment infrastructure in Varanasi, India. Andi Subagio from Indonesia received the third prize in this category. He designed a multifunctional school in Ruteng, Indonesia. The fourth prize went to Tzu-Jung Huang from Taiwan. He studied the interrelationships between developed zones and ecological systems in Taichung City, Taiwan.

From project to reality: Community library and social recuperation

This is the fifth time the Holcim Awards competition is being conducted. Over the years, more than 200 projects have been awarded worldwide. More than half the winning projects have been built or are scheduled for completion soon. Thus, the Holcim Awards are not about “castles in the air” but about tangible measures that advance the science of construction. This aspect of tangible change is underscored by a prize that’s being awarded for the first time in 2017: the Holcim Building Better Recognition. It is awarded for a winning project from a previous competition cycle, one which has been realized and has stood the test of time as a particularly successful example of sustainable building.

In Asia Pacific, this accolade went to Robust Architecture Workshop in Colombo, Sri Lanka, represented by Milinda Pathiraja. Their design for a community library in Ambepussa, Sri Lanka, built with the support of former army personnel engaged in the nation’s civil war, shows that “turning swords into ploughshares” can be realized even today. The project received the regional Holcim Awards Bronze for Asia Pacific in 2014 and the Global Holcim Awards Silver in 2015. Today the library is a source of knowledge for veterans and the local community. The construction methods were selected specifically to help transition members of the army to civil life.

The magnified interest among architects, engineers, urban planners, and developers proves that sustainability has become embedded as “common sense” in the construction industry. The fifth cycle of the competition attracted more than 5,000 entries from authors in 121 countries. 3,606 entries were deemed valid, and more than half of these passed the pre-screening phase. They advanced for qualitative assessment by five independent expert juries in the competition regions Europe, North America, Latin America, Middle East Africa, and Asia Pacific. The juries evaluated the projects based on the five “target issues” for sustainable construction set forth by the Holcim Foundation – principles which define sustainable construction in a holistic way. The Gold, Silver, and Bronze winners from each region will compete for the Global Holcim Awards in 2018. A region under transformation From project to reality: Community library and social recuperation