Stuart Smith on how to “Reconfigure Parts”

Stuart Smith is emphatic: we must extend the lifecycle of individual components rather than systematically discarding entire structures. He cites a recent anecdote about his coffee machine to illustrate his point: when the appliance suddenly stopped working, he could buy a new one – but this option would send the old machine with all its valuable materials to a scrap heap when a single faulty part was probably to blame. In the same way, we must move beyond the discard/demolish approach to buildings.

Stuart Smith is emphatic: we must extend the lifecycle of individual components rather than systematically discarding entire structures. He cites a recent anecdote about his coffee machine to illustrate his point: when the appliance suddenly stopped working, he could buy a new one – but this option would send the old machine with all its valuable materials to a scrap heap when a single faulty part was probably to blame. In the same way, we must move beyond the discard/demolish approach to buildings.

Originally, green design focussed on the energy consumed in buildings during their operation – but the focus has evolved to consider the circular economy, which means viewing the components of a building as finite resources where the materials have ongoing value. Regenerative design has the goal of producing buildings that have a net-positive impact on their surroundings – restoring or improving their locales rather than aiming for less harm.

“There are employment opportunities all the way through the circular economy, and that’s really exciting.”

A structural engineer leading a multi-disciplinary building engineering team, Stuart Smith is the director of Arup in Germany and a member of the Board of the LafargeHolcim Foundation for Sustainable Construction. He argues that what is true for home appliances also holds true for construction materials and components. The time has come for a faster transition from a linear economy to more circular practices.

“Unfortunately, there is still the view that the more construction waste material you have in the street, the better the economy is because everybody is doing their house up” Smith says, regretting that so much material should be going to waste and stressing the urgent need to redefine what a healthy economy is. 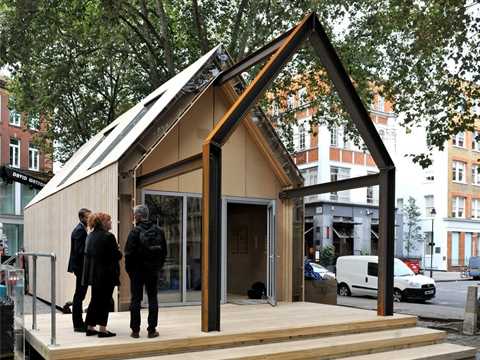 Having come to the notion of circularity out of a longstanding wish to mitigate the depletion of natural resources, Stuart Smith demonstrated what a cradle-to-cradle use of materials could look like at the London Design Festival in 2016. Along with his team of structural engineers and architects he introduced the Circular Building, one of the first prototypes of a house designed and built entirely out of the imperative to use components to their full potential and for the full duration of their lifecycle. Choosing to open-source many of their techniques – as they had already done in 2014 with the Wiki House, the world’s first open-source digitally printed house – Smith’s team envisioned a low waste structure whose demountable walls were attached to a recycled steel frame, with cladding and decking made from sustainably-sourced and recyclable timber. This made the various parts of the Circular Building both sustainable and easy to dismantle for later re-use in construction.

“One of the lessons from the Circular Building was that we could think about the building as a series of layers.”

The benefit of such designs is that they enable a more differentiated management of individual components throughout their lifecycles. Based on current codes of practice, a structure layer in a building would usually only have a 50-year lifespan, but with the approach promoted by Smith and his team, that duration could be stretched to 200 years. “One of the lessons from the Circular Building project was that we could think of the building as a series of layers”, Smith explains, meaning that each different stratum needs to have its own planned timeline of recovery and reuse included in its very design. Distinguishing between various materials and components from the outset, and planning several lives for them so as to “reconfigure parts” along the way as they age, is crucial. This is how circular construction can be achieved, by upcycling – or repurposing – “through the whole materials supply chain.” 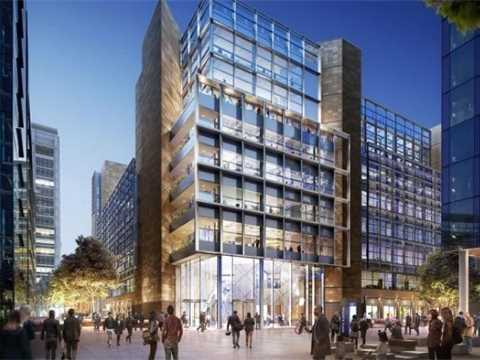 The refurbishment of the 1 Triton Square office block in London is another example of how distinguishing between structural parts can prevent valuable resources from going to waste. By recycling the façade layer designed 25 years previously, architects at Arup were able to retain and reuse over 3,000 square metres of limestone, 35,000 tonnes of concrete and 1,900 tonnes of steel without increasing plant space yet while adding three floors and doubling the net office space. This choice to regenerate one structural layer rather than to rebuild the entire office block achieved a 44% reduction in construction and operation carbon emissions, setting a promising benchmark for similar renovations to come.

Another idea which could facilitate the redistribution and reuse of individual components would be to give them “material passports” whereby each part would be assigned a digital identity, making it easier to trace and exchange in the future. “The Madaster project in Amsterdam collects digital data on used materials and connects people who need them. What if such trading platforms became mainstream?” Smith wonders. “The ideas are there, the thinking is there, we just need to do it.”

“Regenerative design is our future”

Recognising that some inefficient building models are slow to change, and that some individual clients are still reluctant to set and example for the rest of the industry, Stuart Smith nevertheless looks optimistically to the future. Green financing is beginning to play an important role in supporting the embedding of these circular principles into our built environment. Investment into business, real estate, and even pensions is likewise becoming driven by ecological agendas. But nothing short of a complete industry overhaul will generate the exponential change needed, he says, and more players need to realize that business as usual is no longer an option.

Imagining life in 2040, Stuart Smith sees a society where waste streams have disappeared, coffee machines are repaired by people whose jobs are created by the reuse and rental of equipment, and cities provide more access to green space. “By rethinking how we use our cities and buildings, some really interesting things can happen – not just around materials and the circular economy, but also around our environment, our green spaces, and how we infill between major infrastructure.” In his view, regenerative design is the future and offers the keys both to a thriving economy and to a healthy environment we can all enjoy.

Improving a redundant system will not solve our biggest challenges. Stuart Smith examined methods for enabling circularity in the construction sector in the workshop “Changing paradigms: Materials for a world not yet built” at the LafargeHolcim Forum 2019. This reconfigured approach requires us to change the way we design and build and to use digital data and online platforms to track and record resources throughout an endless cycle of utilisation.

More about the workshop – Changing paradigms: Materials for a world not yet built