Kazuhiro Kojima is President of Coelacanth and Associates Co., Ltd., which he established in 1986. He is also Associate Professor at the Science University of Tokyo.

Kazuhiro Kojima holds a B.Arch from Kyoto University and an M.Arch and PhD from the University of Tokyo.

He has received a number of awards of excellence for his buildings, mainly schools. His project “Low-impact greenfield university campus” in Ho Chi Minh City, Vietnam won the Global Holcim Awards Silver in 2009 and the Holcim Awards Silver for region Asia Pacific in 2008.

Kazuhiro Kojima doesn’t use form as a starting point - instead, his buildings are the outcome of situating space itself at the centre of discourse, in addition to concepts linked to the fluidity and instability of the phenomena that go to form a building. The fluidity and instability of life and of space itself are concepts rooted in the traditional Japanese culture Kazuhiro Kojima reinterprets and manipulates in a contemporary way.

His projects for multifamily housing develop the “space block system” of stacked volumes in order to generate spatially interesting apartments. His projects for schools transform the user into the prime mover of spaces that are deliberately ambiguous and open to interaction. 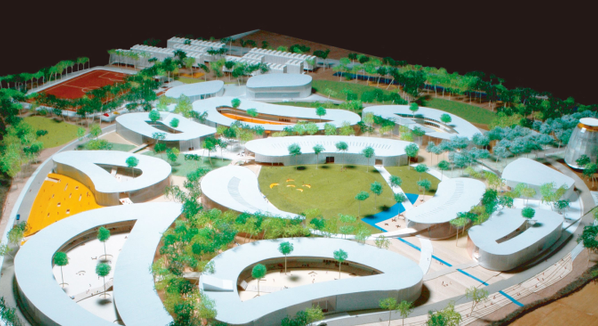