The Society for Technology & Action for Rural Advancement (TARA), a three-decade- old social enterprise based in New Delhi, develops greener technologies and processes for the construction industry. Three of these – EcoKilns, Limestone Calcined Clay Cement (LC3), and new methods for the reuse of construction waste – have been proven at commercial scale and are being adopted by companies small and large.

The Society for Technology & Action for Rural Advancement (TARA), a three-decade- old social enterprise based in New Delhi, develops greener technologies and processes for the construction industry. Three of these – EcoKilns, Limestone Calcined Clay Cement (LC3), and new methods for the reuse of construction waste – have been proven at commercial scale and are being adopted by companies small and large. 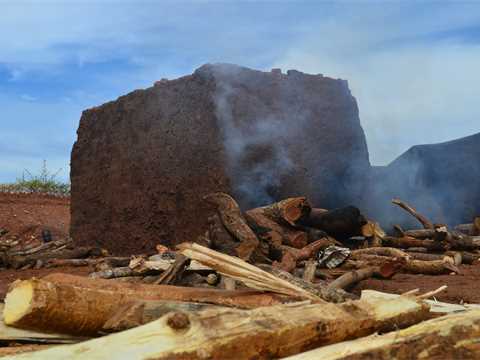 The EcoKiln, developed in India and now being promoted in several African countries, offers a more energy-efficient way of creating burnt-clay bricks. The EcoKiln consists of a rectangular shaft lined with a heat-resistant refractory surface. After workers load dried green bricks and a measured amount of fuel from the top, the bricks are heated and hardened before being unloaded from the bottom. This technique can reduce emissions and improve the quality of the bricks, with consistent durability and uniform color, shape, and size.

Traditional brick production relies on wood for fuel, but the EcoKiln can use coal or biomass briquettes, and unlike most kilns, it has a roof that protects it from rain. That allows it to operate year-round, even in the rainy season, providing secure employment to local workers. The modular way the kiln is put together means it can be expanded as demand increases. With the right selection of soil and good brickmaking practices it reduces breakage, and its operational costs are roughly 15-30% less than traditional methods. 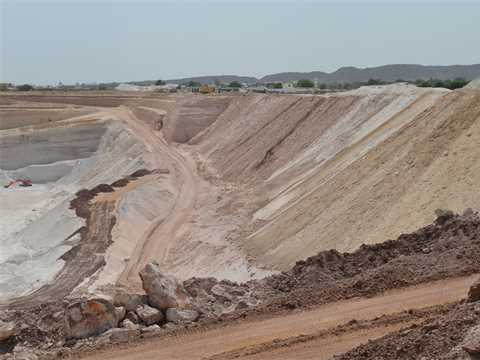 One of every twenty tons of human-generated carbon dioxide comes from cement production. To help meet growing demand while reducing carbon emissions, TARA teamed up with the Swiss Federal Institute of Technology (EPFL) as well as the Indian Institute of Technology (IIT) Delhi and IIT Madras to develop a low-carbon cement that we call Limestone Calcined Clay Cement (LC3). The technology substitutes a portion of clinker with calcined clay, reducing fuel consumption because the clay can be processed at 800°C, significantly less than the 1450°C needed for clinker.

At the same time, it cuts out the carbon dioxide produced during the breakdown of limestone in clinker production. Calcined clay is often dumped as an unusable by-product of china-clay mines, and the crushed limestone we use is waste material from the existing cement industry. LC3 consists of about 50% clinker, 30% calcined clay, 15% crushed limestone, and 5% gypsum – which means that almost half of the input is material that had previously been discarded. Making LC3 produces about 30% less carbon dioxide than the manufacture of ordinary Portland cement. 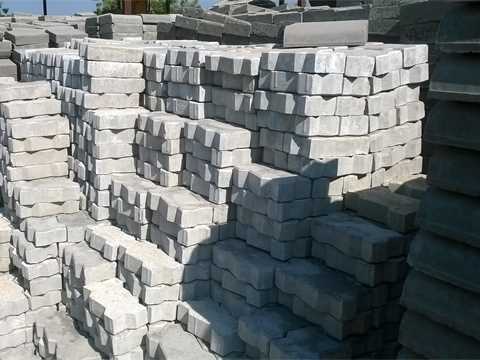 India produces more than 700 million tons of construction and demolition (C&D) waste annually, most of which is either dumped or used as landfill. TARA has worked with private and government agencies to develop ways to utilize the waste in construction, which can reduce consumption of increasingly scarce natural resources such as sand and aggregate. TARA has demonstrated that efficient management of this rubble can spawn profitable recycling programs, and these have been adopted in public-private partnerships in five cities across India. The waste is segregated, processed, and utilized in creating new building materials, demonstrating the viability of a circular economy at both large and small scales. While reuse and recycling are often dismissed as a pipe dream, they can be profitable even as they preserve our precious natural resources.

TARA’s own headquarters in New Delhi illustrates these methods and sets an example of energy-efficient construction. Built in 2009, the building is one of the first in India that aims at zero emissions by balancing technology with tradition. The building has a ferrocement shell and shallow masonry domes, which significantly reduces the use of steel. The building’s bricks were made of earth excavated from the site and fly ash from local thermal power plants as well as recycled material from the structure it replaced. Its passive heating and cooling systems can reduce its energy consumption by 40%. Water use is minimized via water-conserving faucets and showers, and all of the building’s water is recycled.

This text is based on the paper “Three lessons in sustainable construction from India” presented by Soumen Maity at the LafargeHolcim Forum “Re-materializing Construction” held at the American University in Cairo, Egypt.