“We need to find a way to make people sustainable”

Leading Nigerien architect Mariam Kamara shares her thoughts on how to “Think Local” and improve outcomes based on the principles of circular construction.

For Mariam Kamara, it’s time to radically redefine what we call contemporary and to re-invent aesthetic codes. A rising star of architecture and protégée of Sir David Adjaye, she is firmly committed to designing culturally, historically, and climatically relevant solutions to spatial problems, especially in Africa. She championed “think local” and circular construction as Holcim Awards jury head for Middle East Africa. She advocates an approach to sustainability that is also about people where the architect has a responsibility to rediscover culture and resources.

Architects and urban designers must consider the local context. For Mariam Kamara, it’s not just about reducing the financial and environmental cost of importing remotely sourced materials, but also preserving identity, knowledge, and heritage. She believes that combining these aims should become a primary concern for architects, especially in countries like her native Niger that still feel a post-colonial pressure to conform to outside models.

“There is this unspoken mandate to make ourselves in the image of the other”, Kamara says, frustrated that imported construction materials such as glass and steel have become tokens of self-esteem and success while earth or wood-based materials are still tarnished as unfashionable.

“Using local or traditional materials does not
need to result in creating traditional spaces.”

“We debunk the notion that using local or traditional materials results in creating traditional spaces”, she explains, speaking of her architectural firm Atelier Masòmi which seeks to make contemporary design emerge from local know-how, and thereby build self-reliant communities. They aim to employ traditional materials and pass on ancestral craftsmanship rather than to systematically emulate global architectural trends – an approach that is also socially empowering and ecologically responsible. 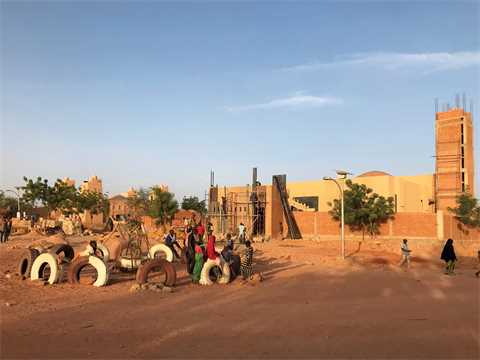 Cultural and environmental sensitivity in design are critical

This culturally and environmentally sensitive approach, once seen as marginal or at best as vernacular architecture, is now gaining recognition. For Mariam Kamara, this shift also calls for a redefinition of what is considered contemporary. The way she sees it, being forward-looking doesn’t need to be represented through novelty, abstraction, or adherence to a specific aesthetic. The International Style in particular, with its tall glass and metal structures, seems to have become somewhat of “an aspiration for the entire planet” and is emblematic of the tendency to associate progress with modernist architecture.

Mariam Kamara advocates a return to a more pragmatic approach that achieves more with less, and that celebrates the mosaic of human creativity. “The 20th century created this collision between colonialism and the industrial revolution. The two came together and made a perfect storm of the International Style and now we have a dominant aesthetic that subjugates everything else. But this isn’t the norm. It’s a 150-year blip (in history) where it all went crazy”, she says, inviting architects to “reject the blank slate of modernism”.

Thinking locally must be more than superficial

Just like sustainability can sometimes be a catchphrase more often associated with objects like electric cars or solar panels than with the manifold ways of dealing sensibly with resource scarcity, thinking local can become a gimmick and must not be applied just for the sake of it. From the materials used, to the expertise mobilised, all aspects of the project need to meet the highest standards, Mariam Kamara explains. 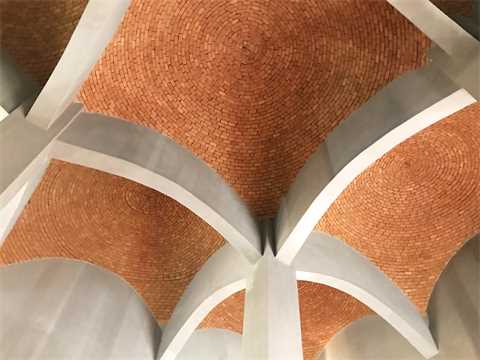 “Aiming for high quality is entirely compatible with reviving traditional building techniques and can be achieved by putting together hybrid teams of experts, traditional masons and construction workers who all stand to gain from sharing their input. By using local skills and materials in scientifically and technically advanced ways, those teams create ground-breaking new conversations and generate community cohesion.

The Hikma mosque and library complex built by Atelier Masòmi for which Mariam Kamara and her team won the Global Holcim Awards Silver 2018, is one example of this type of cross-pollination. Involving local community leaders, traditional masons and local experts, the project became a campus designed to facilitate literacy for the younger generation and for women, with structures built mainly of wood and earth-bricks, able to naturally regulate their temperature, and mindful of preserving elements of traditional culture. “Ultimately architecture is about space for people. It’s dangerous to approach architecture as an aesthetic exercise and to impose designs that are at odds with how people use these spaces in their daily lives.”

Looking to the future, Mariam Kamara is optimistic that constructive changes in mindset will occur. She hopes that the shift from globalization to localization will be seen as an opportunity to use a rich spectrum of local parameters, without shutting out the rest of the world. As well as rethinking the aesthetics of modernity, architects can also reflect on sustainability as a means of enabling self-confident and resilient human communities. “I talk about the sustainability of people, because when you sustain people, you're sustaining the environment they need in order to survive”, she explains, imagining a world where creativity can preserve natural and cultural diversity. 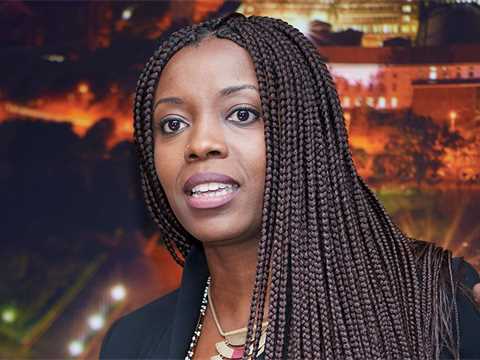 Mariam Kamara is Principal & Owner of atelier masōmī based in Niger, was Head of the Holcim Awards jury for region Middle East Africa in 2020 and winner of the Global Holcim Awards Silver 2018 for “Legacy Restored” – a religious and secular complex in Niger that reinterprets traditional local construction for a new mosque and a community center.

The Holcim Awards winners of the Next Generation category with a “Focus on People” were announced in June 2021. The Main category winners (Gold, Silver, Bronze and Acknowledgement) will be announced at a hybrid at the international Venice Biennale of Architecture on November 13, 2021.