Kai-Uwe Bergmann is responsible for the practice’s international business development with a growing number of projects in Europe, North America, and Asia. Since joining BIG in 2006, he also been Project Manager responsible for the design proposals on Khalifa Park, a 15,000 square meter temporary exhibition center in Abu Dhabi, and Fabrikken, a 4,200 square meter conversion of an abandoned industrial building into a modern office building.

Through a series of commissions won in design and architectural competitions BIG quickly attained international recognition. The architectural practice’s work combines astute analysis, light-hearted experimentation, social responsibility and humor. BIG received an Aga Khan Award for Architecture in 2016 together with Superflex and Topotek 1 for Superkilen in Copenhagen, Denmark. Superkilen provides a meeting place for residents of Denmark’s most ethnically diverse neighbourhood and an attraction for the rest of the city, this project was approached as a giant exhibition of global urban best practice.

He was previously a Project Architect with C F Møller Architects in Copenhagen, Denmark (2004-06) where he was a member of three award-winning proposals for the Most Energy Efficient Office Building in Bjørvika, Oslo; an addition to the Maritime Museum in Greenwich, United Kingdom; and the Hyllie Highrise in Malmø, Sweden. He was also a project architect at Baumschlager & Eberle (2002-04) and Weinstein AU Architects and Urban Designers, Seattle, USA (1999-2003).

He is a Steering Committee Member for the Council on Tall Buildings & Urban Habitat (CTBUH), New York (2015-); Juror for the A&D Trophy Awards for Perspective Magazine (2015-), Hong Kong; Co-Chair of the Awards Committee for the American Institute of Architects New York Chapter (AIANY) (2014-15); and Juror for the Architizer A+ Awards (2012-15).

Kai-Uwe Bergmann represented Bjarke Ingels, Founding Partner of BIG as a member of the Holcim Awards jury for region Europe in 2011.

He was a member of the consortium that won the Global Holcim Awards Bronze 2015 and Holcim Awards Silver 2014 for North America with “The Dryline: Urban flood protection infrastructure, New York, USA”. Registered as an architect in the USA (thirteen states) and Canada (one province), Kai-Uwe most recently contributed to the resiliency plan The Dryline to protect 10 miles of Manhattan’s coastline. The project is a large-scale integrated flood protection system to address the vulnerability of New York City to coastal flooding and proposes a protective ribbon in Southern Manhattan using a series of raised berms and other measures to create public spaces along the water’s edge.

Kai-Uwe Bergmann was a “Lab presenter” at the Holcim Awards Lab for more than 50 representatives of “Next Generation” prize-winning projects from the regional Holcim Awards competitions of 2014. The students and young professionals from 20 countries met in New York City in September 2015 for the first Holcim Awards Lab to elaborate their concepts for sustainable construction. 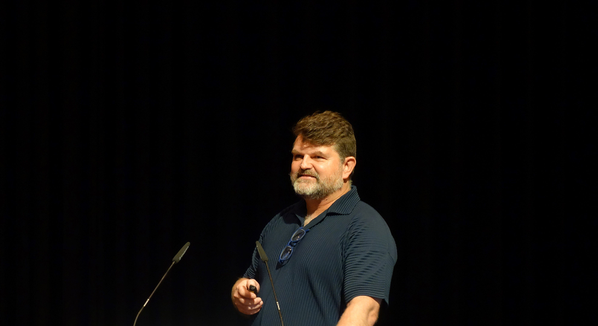 Architecture is a bridge between reality and aspirations 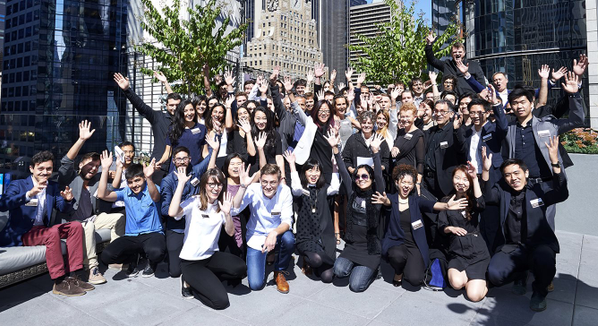 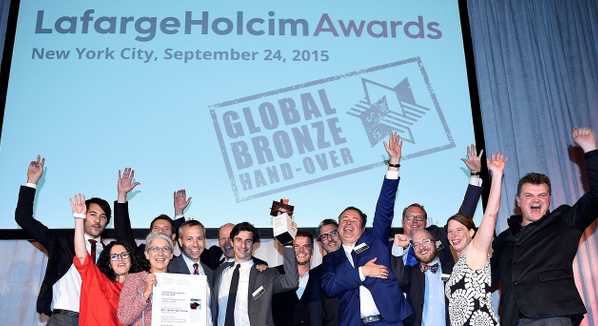 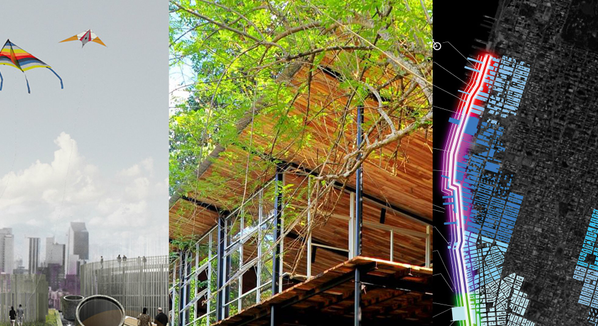 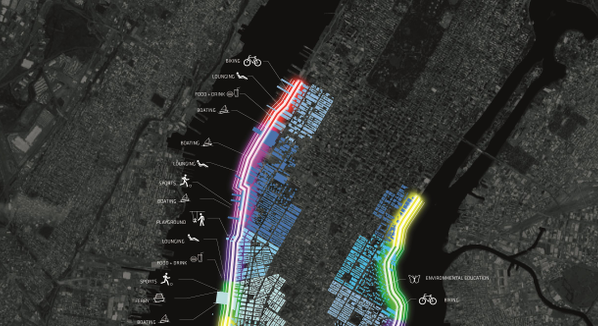 “A better view of the industry” – Kai-Uwe Bergmann

“A better view of the industry” – Kai-Uwe Bergmann