Anne Lacaton on the philosophy of “Always Transform”

Celebrated for placing sustainability and humanity at the heart of their practice, Anne Lacaton and Jean-Philippe Vassal are the prestigious Pritzker Prize for Architecture laureates of 2021.

At a time when construction is still generating almost 40% of all waste to landfill globally, and when governments are recognizing the challenges of resource efficiency in the push to achieve sustainability goals, their maxim of “never demolish, always transform” strikes a resounding note in favour of circular construction.

“Transforming what is already there should never come as an afterthought”

Speaking from Paris on the day she participated in the Global LafargeHolcim Awards jury for 2021, Anne Lacaton shares the vision she and her partner have been steadfastly advocating for almost forty years. “We live in an environment overflowing with stuff, but we have forgotten how to give a second life to things. I remember when I was growing up in the countryside in France; my grandparents never threw anything away easily. Caring for the pre-existing was part of their culture. It’s a skill our society has forgotten.” 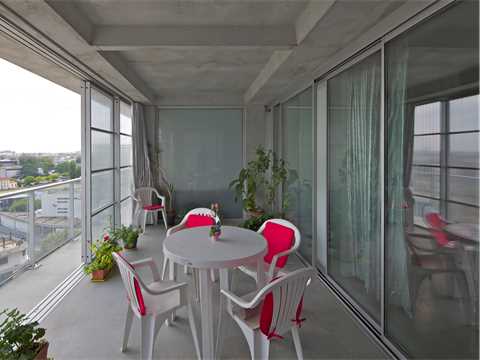 Lacaton & Vassal Architectes have consistently challenged the prevailing view that demolition is preferable to transformation. Their innovative work takes a holistic approach by systematically studying what places already have to offer. They demonstrate that existing constraints need not be limitations, and that being creative with what may at first seem out-dated can yield surprising results. “Our culture tells us that what is used is no longer relevant or desirable, but not everything that is currently being demolished is obsolete. Re-using and transforming existing structures should never come as an afterthought for the architect,” Anne insists. “We see it as a motivating and unlimited opportunity for invention.”

Always Transform: a philosophy of caring about people and their environment

Finding new value in existing constructions is not just a matter of optimising resources, it is also a philosophy. There is something extremely violent about demolishing a building according to Anne Lacaton, for whom kindness ought to reside at the core of the design process. By giving credit to the emotions and values that residents connect to a place, and by re-thinking a project from an insider’s perspective, Lacaton & Vassal redefine architecture as an exercise in empathy. “Designing from the inside out means placing people, and not just technology, at the centre of a project. Many demolition plans don’t consider the lives of the inhabitants, but whether you like it or not the people living inside give these buildings value. We begin by building a relationship with the people, and what we learn from them changes our design for the better.” As well as saving money and cutting greenhouse emissions, keeping existing components also spares unnecessary emotional costs for the people involved. 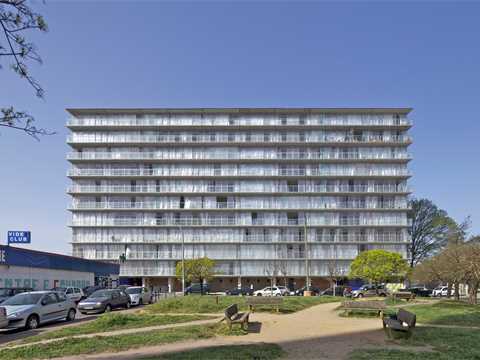 It is in that spirit that Lacaton & Vassal approached one of their flagship projects, the transformation of 530 social housing apartments at the Grand Parc neighbourhood in Bordeaux some years ago. The city had initially planned to tear them down, but “you can’t just demolish buildings with 2,000 people living in them” Anne Lacaton says. Learning about the qualities of the structure from the inhabitants themselves, the architects chose to reconfigure space by adding large winter gardens to “bring in the light and the sky” so that the dwellings were no longer “inert boxes” cut off from the outside world. This also had the effect of doubling the initial floor area and was achieved at a much lower financial and environmental cost than would otherwise have been incurred. Taking the people and the climate into consideration – and striving to offer the maximum to residents even on a limited budget – turns architecture into what Anne Lacaton calls “an act of generosity”

“The future is today, so why not act now?”

When asked what she envisions for the future of the construction industry, Anne Lacaton notes that while policy, regulations and conversations are moving in the right direction, sustainability still isn’t the norm. “Why is so much still being knocked down if the concern for sustainability is so strong? Demolition is probably the worst thing you can do in terms of sustainability. There is no reason to think that in twenty years these dreams will get any easier to achieve and that is why I am not comfortable thinking too far into the future. It gives us an excuse to put off taking responsibility. The future is today, so why not act now?”

Listen to the 4-minute interview with Anne Lacaton:

“Architecture with empathy means placing people – not just technology – at the centre of a project.”

More about the Awards schedule Make do: Designing with what’s already there